Harry S. Truman once demanded, “Give me a one-armed economist.” Evidently his economic advisers couldn’t offer straightforward answers, beginning a string of caveats with “On the other hand…” Trying to make sense of the range of Houston 2009 economic predictions brought this quote to mind.

Reported in yesterday’s Houston Chronicle, economist Barton Smith of the University of Houston’s Institute for Regional Forecasting paints a bleak picture of the Houston economy in 2009. He describes an “energy cushion,” essentially high prices of oil and gas, which has insulated Houston from the greater U.S. economy and without which the Houston economy will look and behave like the rest of the U.S. Clearly, that would not be good for Houstonians. 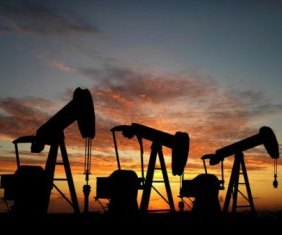 In the same article, the Houston Chronicle shows us an alternate view from economist Dana Johnson of Comercia Bank. He points out that Houston is less susceptible because our housing market is not as artificially inflated compared to the rest of the country. Perhaps Houston area consumers will remain more confident. (Consumer confidence… lack of confidence is a negative feedback loop when in an economic recession; excess of confidence is one cause of the problem in the first place, i.e. scarcity of thrift.)

I’m not an economist, however, I do follow economic developments. As such, I’d like to point out that the Houston economy was quite robust in March 2007, a month where oil dropped below $60 a barrel. We should take some measure of comfort in that. Regardless, we know that dramatic price decreases often result in producers reducing supply by dialing back production. Reducing oil and gas production negatively affects the labor and suppliers. Watch rig counts and production levels.

In addition, the difference between $60 and $145 is some amount of dollars expected to flow through to local companies as profits that, to some extent, were reinvested in the local economy. We lack that today.

Of greater concern, though, is the future of long-term projects and other capital investments made by energy industry participants. We have to ask ourselves, which business decisions were made that rely on high energy prices for net present value (NPV) positive results? What projects were initiated during the run-up in the price of oil through July 2008 when oil topped $145 a barrel? Which (not whether) of those projects will be put-on hold or abandoned?

It sounds like I’m talking myself into a bearish position. The Greater Houston Partnership seems to agree in their November economic report.

Let’s see some comments. Thanks for reading.