Another entry from the why didn’t we think of that before? department is Microsoft’s quiet addition of the “Fix it” button to a handful of Knowledge Base (KB) articles.

According to Microsoft, this is the first step in improving Windows Error Reporting, which is the annoying box that pops up either after an application crashes or Windows itself implodes.

The vision is…when you send the error report to Microsoft, you may get a suggestion for a one-click fix it. So far, Microsoft says that more than 75,000 customers have tried it out since December 2008, and 95 percent said it solved their problem.

I have two thoughts about Fix it. 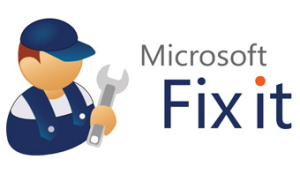 I love the idea, in principle, but where was this when I was running Windows 98?

On the other hand, Microsoft KB articles can be difficult to understand. Often an article can describe an issue extremely similar to yours, but meant for a different operating system or software version. In desperation, inexperienced users might run the fix and end up causing more problems in the end.

Also, some KB articles involve editing the registry. If the Fix it button changes my registry and my PC becomes a paper weight, how can I fix that? Hopefully there has been some type of discussion at Microsoft regarding this subject.

Maybe that’s why it’s been a quiet deployment, sort of a live beta. Use with caution!

Now if they could just click a button and fix Vista, oh wait Windows 7 is coming….

One thought on “Microsoft Covertly Implements “Fix it””