Some companies might attempt to cut employee costs by using long-term independent contractors without considering the potential ramifications related to the misclassification of an employee. Misclassification has serious implications and penalties from the IRS and will ultimately cost your bottom line. Consider payrolling your contractors through a third-party payroll service to eliminate these risks and ensure compliance.

The IRS can reclassify professionals claimed as, or claiming to be, independent contractors as W-2 employees. This reclassification can result in the imposition of fines, penalties and back taxes for which the employer is generally liable, and could cost a company large amounts of money.

Former contract employees are usually the ones who trigger an IRS review. When it is time for a contractor to pay taxes and they can’t pay, it sends up a red flag. Other triggers include a contractor filing for unemployment when unemployment insurance was not paid. 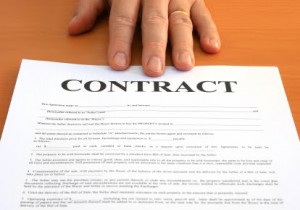 More than a few firms have come under the scrutiny of the IRS in recent times following this risky practice. The most notable was Microsoft in 1997, which got hit for back benefits as well.

A more recent case involves Blackwater USA in 2006. This private security firm engaged workers in Iraq as independent contractors rather than employees. Its policies have created a situation for which Blackwater might ultimately pay millions of dollars in employment taxes, as well as penalties from the IRS.

Texas does not have a payroll tax. Companies should expect that local government will be more aggressive as the pressure for revenues increases in the current market. Companies might try to avoid paying unemployment insurance taxes and workers’ compensation premiums by illegally classifying employees as independent contractors. In 2008, New York found $19 million in unreported wages and $3 million in underpayments to workers.

Here is a high level overview of the misclassification risk and information from the IRS on employee vs. contractor.

There is no magic formula…the IRS would make a judgment based on what your business does and three factors that indicate “degree of control and independence.”

• Behavioral: Does the company control or have the right to control what the worker does and how the worker does his or her job?
• Financial: Are the business aspects of the worker’s job controlled by the payer? (how worker is paid, whether expenses are reimbursed, who provides tools/supplies, etc.)
• Type of Relationship: Are there written contracts or employee type benefits (i.e. pension plan, insurance, vacation pay, etc.)? Will the relationship continue and is the work performed a key aspect of the business?

Payroll services are an easy and affordable way to mitigate these risks and reduce administrative costs. The payroll company takes on the tax and legal liabilities while funding and administering payroll.

2 thoughts on “Contractor or Employee? Misclassification is a Risk You Cannot Afford.”