If you had told business owners ten years ago that in 2008 they would be able to have business e-mail, contacts, calendar and tasks available on their mobile phones, your standard response would have been, “why?”  Also, you would have been tossed out as some sort of IT snake oil peddler.

Ten years ago, the general population didn’t even know about e-mail. But with the evolution of these standard business tools and leverage of even faster-evolving mobile phone technology, the future is now. 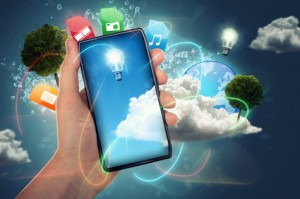 When choosing the right mobile solution for your business, you have options with important differences between them. There are two major players offering mobile office-synchronization solutions. *The Apple iPhone® is an emerging player in this market. It just recently released firmware 2.0, which has true push-sync capabilities similar to the industry leaders. This could definitely make it a viable option soon.

The current leader is Research in Motion (RIM), makers of the BlackBerry® platform. The second most popular is Microsoft Windows Mobile®. Just like personal computers, Windows Mobile devices are made by several different manufacturers.

BlackBerry was the first enterprise-class mobile solution, and that’s the reason it’s still number one. RIM has taken baby steps towards improving the product since its inception. The devices have gotten smaller and software has become extremely robust. A major benefit of BlackBerry is its experience.  From day one, the software was designed with enterprise in mind — making security, scalability and management the foundation of the system.

For businesses with more than five but less than 15 devices, RIM offers Small Business BlackBerry Server, which gives much of the same functionality as the full enterprise entry with fewer licenses. The full console is still available to manage all devices, including the ability to remotely wipe lost devices, set policies and control exactly what gets synced and how.

In spite of its dominance, RIM’s offering has drawbacks. Network outages have knocked out BlackBerry services on several occasions, most lasting for hours. A few hours on rare occasions may not sound like a big deal, but when you come to depend on your BlackBerry as a tool, it can seem like life or death.

Another drawback is the BlackBerry Enterprise Server (BES) software. It’s an extra expense to incur. Factor the recommended yearly support, and it can become quite expensive. BES can be finicky. Even RIM recommends running it on a separate server (not every business has an extra server lying around).  I have seen heavy calendar users experience issues due to the complexity and sheer volume of their traffic. If you can live with these limitations, BlackBerry is an otherwise excellent and mature solution.

Windows Mobile is the other alternative. With the advent of this solution, companies are no longer chained to BlackBerry as the only mobile option. Microsoft uses existing technology built in to Exchange Server, which is slightly modified, to “push” e-mail out to Windows devices. The solution was dubbed Exchange ActiveSync with DirectPush technology. Microsoft eliminated the need for third-party software or servers, only requiring some minor configuration changes and purchasing an SSL certificate for your domain (sometimes optional). Setup can be a little complicated, but once everything is configured, it’s a reliable and native option.

Because ActiveSync and DirectPush are newer technologies, the devices are catching up to BlackBerry’s market share. Most Windows phones are bigger, but make up for it by performing the functions of a Pocket PC. The trade-off in size allows you to edit Word and Excel attachments on the fly.

However, the battery life of Windows devices leaves a little to be desired, partly because of the way DirectPush works. Microsoft has also addressed the issue of security by allowing administrators or users of lost or stolen phones to remotely wipe all data from the Pocket PC through Exchange. With Exchange 2007, users can wipe their devices from the webmail client, which is accessible from any global Web browser.

Last but not least, the wild card entry from Apple. As of the World Wide Developers Conference in June, Apple has shipped six million units. The new iPhone 3G sold more than one million units in the first three days, following the July 2008 release.

Let’s put that into perspective:

I just recently got the chance to demo the direct push feature on the iPhone, after waiting more than a year. I must say, it’s impressive. It works much the same as the Windows solution. If you have an Exchange Server, you can type a few keystrokes and start synching. E-mail reception and contacts synching are instant. One drawback is that it’s possible to view Word, Excel and PDF files, but not edit them, yet.

Consumer demand makes purchasing phones for businesses more complicated than other technology. Apple’s Web site currently states, “Corporate customers contact AT&T.” From what I can tell, this phone is not ready for prime time. The fans are out there and growing. Only time will tell if Apple has what it takes to capture the market, but it certainly cannot be ignored. What do you think?