3coast CEO George Black was recently awarded the 2014 George P. Mitchell Mardi Gras Award. This award was created to honor Mitchell and other individuals, corporations, foundations and groups that have been vital to Mardi Gras’ rebirth and preservation on Galveston Island. George and his wife Sherry oversee the organization and the lineup of the Grand Night Parade on Galveston’s famous Strand. 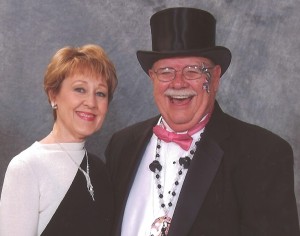 As an active civic and community leader, he serves as a Chairman of the Board of Regents at Galveston Community College; Chairman, First Lutheran Church Endowment Trustees; Former Scoutmaster and Past Chairman, Island District, Bay Area Council Boy Scouts; Past President, First Lutheran Church Vestry; and a past president of the Galveston Kiwanis and Galveston Jaycees.  George also serves on the boards of the Lutheran Music Academy of Galveston and The Lyceum of Galveston Island and is a member of the President’s Cabinet of UTMB.